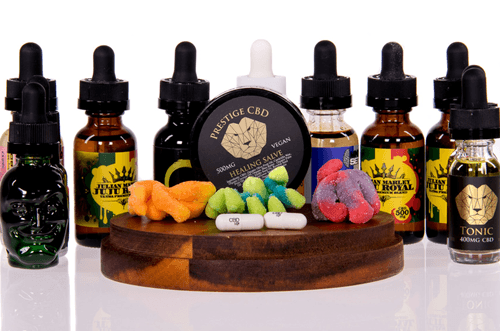 The list of cannabidiol’s advantages over pharmaceutical formulations has been growing, and with it, so has the number of cannabinoid supporters. CBD has been proven to not only do a better job at treating various medical conditions, but also to do so without many of the side effects that pose such a downside to some prescription medications. Now, a pilling body of research strongly suggests that CBD is a highly efficient treatment for epilepsy in many places where pharmaceutical medications fall short.

Perhaps the most contributing factor to bringing CBD’s potential for helping with epilepsy was the story of young Charlotte Figi who had her first seizure when she was 3 months old. After a long, painful search of treatment that went through all kinds of medications, CBD was the only compound that was able to alleviate her symptoms1.

Ever since then, researchers have focused significant energy and resources into finding out how big of a role CBD can have in the treatment of epilepsy. They have found it can be big indeed, especially with children and teens with rare manifestations of the disease.

An extensive review of 91 studies was conducted of children and teens with an average age of 16 suffering from treatment-resistant forms of epilepsy. The review found that CBD was significantly responsible for reducing seizure frequency by 50% or more, as well as improving the patients’ overall quality of life. In some cases, CBD even ended their seizures altogether2.

Another study had children suffering from a multitude of treatment-resistant epilepsy syndromes—13 with Dravet syndrome, 4 with Doose syndrome, one each with Lennox-Gastaut syndrome andidiopathic epilepsy—take CBD as an alternative medication:

“This study clearly established cannabidiol as an effective anti-seizure drug for this disorder and this age group,” says the principle investigator for the study, Orrin Devinsky, director of the Comprehensive Epilepsy Center at New York University Langone Medical Center4.

Lennox-Gastaut Syndrome, another rare form of epilepsy, was treated with CBD during a study by a subsidiary of For-Profit company Medical Marijuana Inc. in Mexico City. Reported in March 2017, the study involved 38 patients, from which 86% reported 50% reduction in motor seizures, while over half of them saw a 75% reduction of overall seizures. Remarkably, 13% of patients experienced complete remission of symptoms during the duration of the study, though it was not reported if their symptoms re-emerged following treatment cessation5.

These are only some of the studies that touch on CBD’s potential to curb epileptic seizures.The specific healing properties seem to span different syndromes and conditions’ severity. Overall, CBD’s healing properties don’t seem to come at the cost of dealing with nasty side effects which can sometimes hinder a patient’s life equally to the actual disease. It’s precisely this delicate and seamless operation model that makes CBD a great treatment for epilepsy.

Petar is a freelance writer and copywriter, covering culture, art, society, and anything in-between that makes for a nice story. And as it so happens, cannabis is a great element to add to each of those conversations.