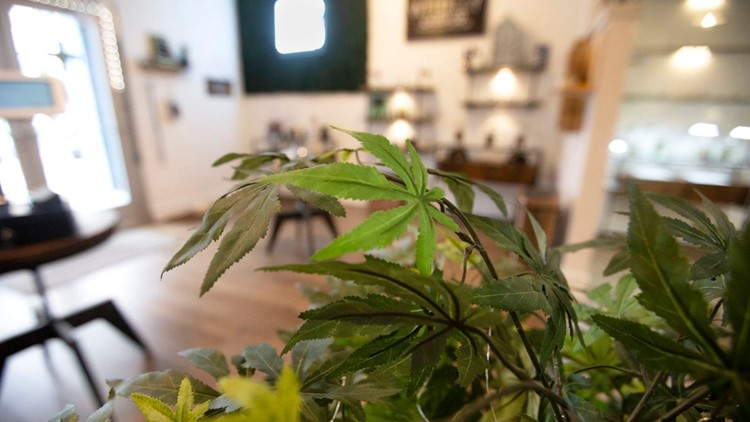 The US National Football League (NFL) committee researching cannabidiol (CBD) has said league players will not be allowed to use the substance any time soon–despite former stars endorsing its beneficial powers and getting involved in CBD brands.

In its recent report, the committee said CBD has not been researched enough to confirm its benefits, while purity and potency vary widely between products.

The NFL and NFL Players Association (NFLPA)’s Pain Management Committee was convened to study CBD, tetrahydrocannabinol (THC), and other alternatives to opioids as pain treatments, and has released a white paper on the subject.

It says: “CBD is a promising compound, but the level of its use in the United States outpaces the level of research at this point. Most of the hype about CBD is based upon results from animal studies. Clinical trials in large numbers of people are usually needed before millions of Americans use a medication for serious medical problems.”

It also claims that studies have shown 30% of CBD products misrepresent their purity and potency on the product label.

The committee is still open to CBD’s potential, recently inviting manufacturers to share their own research on the benefits at a forum. However, no changes to policy were announced during the meeting.

The NFL’s present stance seems to fly in the face of the experience of athletes like former New Orleans Saint Kyle Turley, who created Neuro XPF CBD products after CBD helped him address his own physical and psychological problems, not to mention other star athletes who swear by CBD–like former New England Patriot Rob Gronkowski and former Denver Broncos running back and two-time Super Bowl champion Terrell Davis. Both ex-players are now involved in CBD businesses.

“They are hiding behind the guise of, ‘Well, there’s no evidence.’ You can’t say that indefinitely. You need to take steps to gather the evidence,” said Ryan Vandrey, PhD, an associate professor at Johns Hopkins University School of Medicine who has researched CBD.

Dr. Vandrey said the NFL had not done enough to obtain evidence of CBD’s effects. Four years ago, he and another academic approached the NFL and NFLPA in hopes of conducting a study of the possible benefits of CBD for their athletes, but they were rebuffed, he said. He added that both organizations said such research was impossible due to their current collective bargaining agreement (CBA).

“There’s very clear interest from the player perspective,” he said. “It’s going to be very difficult to prevent players from using CBD or hemp products because they are now federally legal and there is nothing to suggest that it is performance-enhancing.”

Dr. Vandrey also disagreed with the NFL committee’s comments about the risk of impure CBD products. With hemp legalized as of December 2018, hemp-derived, Good Manufacturing Practice (GMP)-certified CBD is now available, and the NFL could assist by ensuring the purity of its players’ products, as well as by participating in research. This could include voluntary clinical trials for players who are interested in the effects of CBD.

Some of the research Dr. Vandrey is currently conducting addresses the issue of whether pure CBD usage can lead to positive THC tests.

He agreed with the committee’s statement that the effects of CBD have not been clinically established.

“They are absolutely right in that sense that there is no compelling data to show that CBD is going to be an effective therapeutic for NFL athletes because there have been no controlled clinical trials of CBD use by athletes,” he said. “I completely agree that there is not enough evidence to recommend CBD use by NFL players. But that doesn’t mean it shouldn’t be explored. The science should be done.”

Matthew Mintz, MD, a Maryland-based physician who uses CBD oil in his treatments, said he suspects the NFL may be withholding approval as a potential “bargaining chip” in upcoming contract negotiations with players.

The current CBA was signed in 2011 and expires in 2021. Negotiations for a new CBA are ongoing. ESPN has reported that the league is asking players to agree to a longer 17-game season “in exchange for 10 or more things they really want.”

“The facts are that there is research on using CBD for chronic pain, especially pain associated with inflammation, though we do need more,” Dr. Mintz said. “Even if they agree that there may be enough research to let players use it, they aren’t going to say this publicly, as this is going to be a big bargaining chip they use in their upcoming negotiations with the players.”

Dr. Mintz noted that some CBD products may contain some THC. So in opening the door to CBD, the NFL may have to change its rules on THC use as well.

“Full-spectrum CBD has trace amounts of THC that, while having no psychoactive effect to make a player ‘high,’ would likely be picked up on a drug test,” Dr. Mintz said. “The problem with allowing CBD isolate products but banning full-spectrum CBD is that there is evidence that, because full spectrum products have terpenes and other cannabinoids (including THC), these products are likely more effective. Thus, I think the bigger issue and huge negotiating point, will be whether or not they drop testing for THC.”

“It’s a beautiful thing. It’s worked for me. It’s worked for a lot of players,” Davis, now retired, said of CBD in a past interview, stating it helps him with inflammation flexibility and preventing migraines. “Hopefully sooner rather than later…CBD will be something that players who are currently playing will be able to use as a measure of taking care of the pain management, the inflammation.”

Given the strong link between CBD and sports, coupled with American football’s status as the most popular professional sport in the US and its growing global influence, the NFL’s opinion could have an outsize effect on the CBD business market.

We provide our clients with the tools to navigate this fast-moving sector, tailor their business strategy, optimise resources and make informed decisions. In addition, we offer customised research and consultancy support.