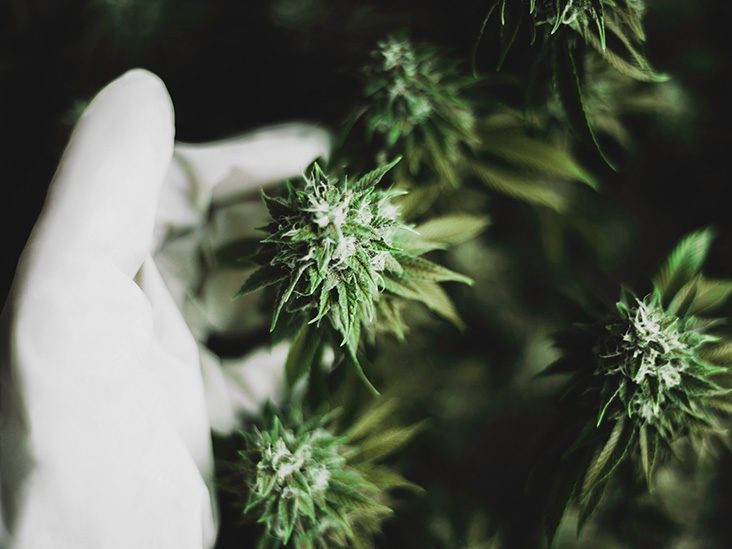 Researchers have published a list of 57 medications that may interact with cannabinoid products, including cannabis and cannabidiol (CBD) oil. The list includes commonly prescribed medications, such as anticoagulants, pain relievers, and birth control pills.

Research indicates that cannabinoid products, including cannabis and CBD oil, may interact with some prescribed medications.

The issue of legalizing cannabis is a divisive one. In 2013, the results of a survey suggested that slightly more than half (52%) of adults in the United States supported the legalization of cannabis.

Although cannabis remains illegal at the federal level, 33 U.S. states have now legalized one or more components of the cannabis plant. Medical cannabis is also legal in some countries.

As well as the more traditional means of using cannabis, such as smoking, there is growing interest in CBD oil, which contains only CBD and not the psychoactive component of cannabis, delta-9-tetrahydrocannabinol (THC).

CBD oil has several purported benefits, including the management of anxiety and pain. CBD oil derived from hemp was legalized throughout the U.S. in 2018. Recent data show a huge increase in the sales of CBD products in the country, from just over $100 million in 2014 to $845 million in 2019.

Although more people are consuming cannabinoid products, there is limited information on how these products may interact with other medications.

To combat this knowledge gap, researchers from Penn State College of Medicine in Hershey, PA, have published a list of prescription medications that may not work as intended when people take them alongside medical cannabinoids, CBD oil, or medical or recreational cannabis.

The details, which appear in the journal Medical Cannabis and Cannabinoids, could help doctors prescribe medications more safely to people who use cannabinoid products.

The growing number of cannabis-derived products on the market can deliver a variable concentration of the cannabinoids THC and CBD. This variation is a particular concern for unregulated products, as co-author of the new study Prof. Kent Vrana explains.

“Unregulated products often contain the same active ingredients as medical cannabinoids, though they may be present in different concentrations.”

There is currently very little information on how these products — even the regulated ones — may affect the function of other, prescribed medications. Prof. Vrana and his clinical pharmacist colleague Paul Kocis therefore created a list of potential interactions between cannabinoids and prescribed drugs.

They looked for cannabinoid medications that could affect how quickly the body breaks down another drug or that competes for the same target. They evaluated four cannabinoids, which included CBD-only products, as well as THC-containing products (dronabinol, nabilone, CBD, and nabiximols).

To do this, they looked at a list of enzymes that process THC and CBD and compared this against prescribing information for common medications to identify any overlaps, also known as drug-drug interactions.

They have provided a list of 57 prescription drugs that cannabinoid use, whether prescribed or recreational, could affect.

It contains medicines with a narrow therapeutic index, which means that there is a small margin between a therapeutic dose and a toxic one. This small margin makes interactions that may increase the action of these drugs a medical concern.

The researchers have also published a longer list of 139 medicines that could have cannabinoid interactions but are lower risk. The authors say that they will routinely update these lists as new drugs get approval, and new evidence emerges.

The possible side effects of mixing cannabinoids with the prescribed drugs on the study authors’ list include dizziness, confusion, and sedation, but the authors also warn of more serious issues, including effects on the heart.

They say that changes to blood pressure and heart rhythm may occur if people take cannabinoids with medications that have similar effects on the cardiovascular system.

They recommend that doctors take account of a person’s use of cannabinoids when prescribing drugs and encourage their patients to be upfront about their cannabinoid intake — medical or otherwise.

“The drug-drug interaction information from medical cannabinoids may be useful as medical professionals consider the potential impact of over-the-counter or illicit cannabinoid products.”

The authors also note that the likelihood of interactions depends on the individual, based on their gender, age, genetics, and state of health. Doctors should also consider these factors in any medical decision-making processes.

It is a well-known fact that leaf width and length

Everyone knows about the classic systems in the bo

Could the benefits of CBD be in your head? A resea

The internet loves to stretch the truth about the

CBD can be consumed a multitude of ways. One way i

CBD is a booming industry that doesn't seem to be

When it comes to Sjogren’s, there are no studies