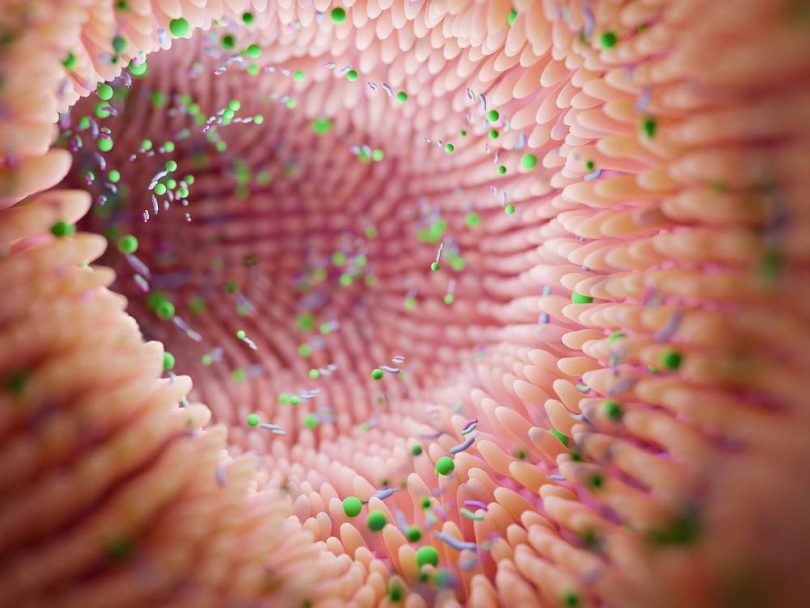 Your body has a second brain – and it’s in your gut.

Gut health affects everything from digestion to your overall mood. As scientists and cannabis researchers explain: “the brain and the gut speak the same language.” [1]

Your real brain is controlled by the central nervous (CNS). The “brain” in your gut, however, is regulated by the enteric nervous system (ENS).

These systems communicate through multiple neural pathways, including the vagus nerve, a nerve extending from the brain directly to the gut.

One of the most important ways your gut and brain communicate is through the endocannabinoid system (ECS), a network of receptors spread across the body. Cannabinoid receptors type 1 (CB1) litter the CNS, while CB1 and CB2 receptors are concentrated in the gut.

This gut-brain communication between the ECS in your brain and gut directly affects gut health, which in turn affects the entire body. Poor gut health can lead to problems like malabsorption, weight gain or loss and mood disorders.

Inflammation occurs after the immune system is activated. CB2 receptors in the gut can modulate the response and decrease the amount of pro-inflammatory cells produced.

The ECS and ENS help regulate how food moves through the gut.

The ECS plays a major role in controlling gut health. However, because ECS receptors are spread throughout the body, targeting the gut specifically is difficult.

Asia Mayfield is a freelance writer who focuses on the cannabis industry. She can be reached at a.mayfield18@gmail.com