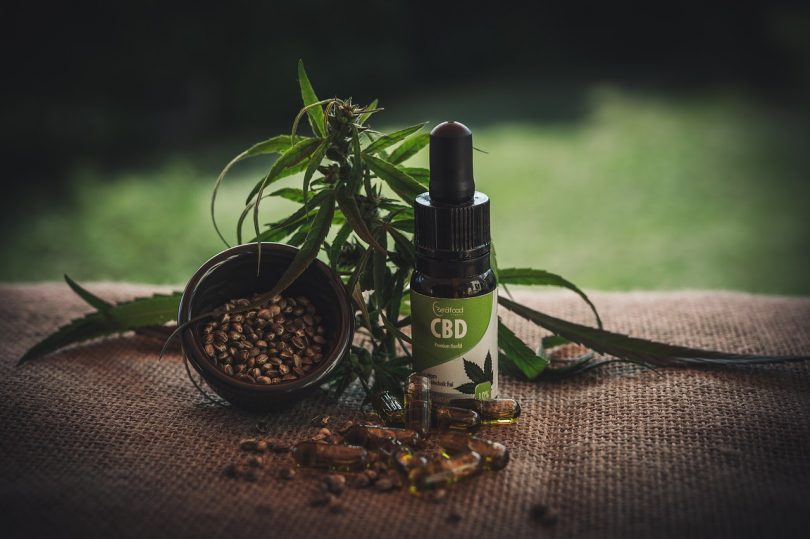 Ever since CBD became legal in the United States, the scientific fraternity, as well as the common man, have benefited from this nature’s treasure trove.

CBD is known for its healing effects on many physical and mental problems in humans and other vertebrate animals, such as relieving pain, anxiety, depression, physical and mental stress, muscle cramps, joint inflammation, and even regulating sleep quality and patterns.

It has also been found to restore the normal balance of certain enzymes, hormones, and some chemicals within the tissues and cells that have key roles in the body’s functioning. Scientific proof of CBD’s abilities to tackle epilepsy seizures, diabetes, as well as improving cardiovascular and pulmonary health are increasing by the day.

What stands out among these great advantages of this natural cannabis compound – also known as a cannabinoid – is its ability to establish and maintain homeostasis.

However, whether CBD plays a role in a man’s testosterone levels is still questionable. While research is still on, the issue is, at best, debatable, if not controversial.

The Science of Testosterone

Low testosterone levels can affect an adult male’s fitness and overall well-being, besides his sexual life.

Testosterone is produced by the Leydig cells of the testes. But the trigger must come from the brain. Here’s how it works –

So, What Causes Low Testosterone among younger men?

How do you know you have Low Testosterone?

The usual indicative signs of low T include:

CBD has been found to enable the endocannabinoid system (ECS) to restore and retain homeostasis within the body. So, we can safely say that CBD use shouldn’t pose any threat to testosterone levels – as that would go against what CBD is ideally meant to do – maintain homeostasis.

But first, let’s find out if ECS has ANY influence over testosterone production.

According to studies, ECS and its receptors are found both in the brain and the gonads (testes in this case). This means that there should be some interplay.

Researchers of a 2009 article, published in the Annals of the New York Academy of Sciences, found that ECS receptors are found in the sexual reproductive organs, such as the testicles, as well as the brain.

According to an old study, published in the Molecular Cell Endocrinology in 1979, this interaction happens mainly between the ECS and the hypothalamic-pituitary-adrenal (HPA) axis, following which the HPA triggers the production of both sperms and testosterone in a man.

So, we can say with some certainty that the ECS plays a role in the production of testosterone.

Now the question is: Does CBD play a positive role in its production?

What does Science Say about CBD & Testosterone?

First, let’s be clear that the available scientific literature on CBD’s effects on testosterone levels and hypogonadism isn’t absolutely clear and undisputed. A lot more studies need to be done to arrive at anything conclusive.

Nevertheless, the available scientific papers seem to suggest that CBD has an overall positive effect on hormone production and its functioning.

However, CBD’s effects can be countered by THC if you consume marijuana in any form. That is why marijuana users often suffer from reduced sex drive and other performance issues.

THC or Δ9-tetrahydrocannabinol – the psychoactive cousin of the non-psychoactive CBD – can deter the normal functioning of sex organs.

The CB1 receptor present in the brain and the testes would respond to THC and hinder the normal flow of LH and FSH, rendering a man incapable of sex – or at least severely lowering his sex drive and performance level.

This counteracting effects of these two close cannabinoid cousins are mostly due to the difference in the ways these two cannabinoids interact with the ECS.

A 2015 study, published in the Journal of Assisted Reproduction and Genetics, indicated that chronic cannabis use can substantially lower a man’s sex drive. The paper pointed at a possible link between marijuana usage and infertility among men.

So, if you’re a marijuana user and find yourself losing your sex drive, know that it is the THC in your joint working against you – not CBD.

CBD Can Help Your Sex Life In Other Ways!

These scientific studies may not seem very encouraging when it comes to using CBD for fertility issues or if you had hoped to increase your libido.

In fact, there is evidence of the use of Cannabis sativa plants in Ayurveda to cure erectile dysfunction and improve ejaculatory function and sexual performance.

Besides, a 2017 study on cannabis users found that cannabis can activate parts of the brain that control sex drive. The researchers concluded that using cannabis may help boost sex drive as long as the intoxication doesn’t trigger the release of the prolactin hormone. Prolactin helps in the development of breasts and the production of milk. It’s also released when someone is exercising, eating, or under stress, and even if his/her nipples are somehow stimulated.

Another 2017 study established an “association between marijuana use and sexual frequency in the US”. The population-based study, which was published in The Journal of Sexual Medicine, concluded that cannabis users were having 20% more sex than non-users.

A more recent study, published in the Human Reproduction in 2019, reflected on the findings from blood and semen samples of 662 men who visited the Massachusetts General Hospital Centre for fertility treatment. When these volunteers’ samples were compared, it was found that cannabis users had 62.7 million sperm count/ml – a marked increase over those who had never tried cannabis (45.7 million count).

Besides, some people suffer from painful sex, owing to low lubricant production (by sexual organs when sexually stimulated). Some CBD brands make lubricants that not only offer the needed lubrication but also improve sexual performance and relieve pain.

While a 2010 study, published in the journal Fitoterapia, proved that use of CBD as a dermatological treatment has anti-inflammatory effects, this does not necessarily establish any link between CBD and lubricants.

However, it does seem to indicate that CBD’s anti-inflammatory effects could make sexual intercourse more pain-free and enjoyable for those experiencing sex pain.

Nevertheless, these studies DO suggest that, with further research, CBD could be cleared of any ill-doing when it comes to a man’s sexual health and, hopefully, even reveal some substantial proof of its benefits towards the same.