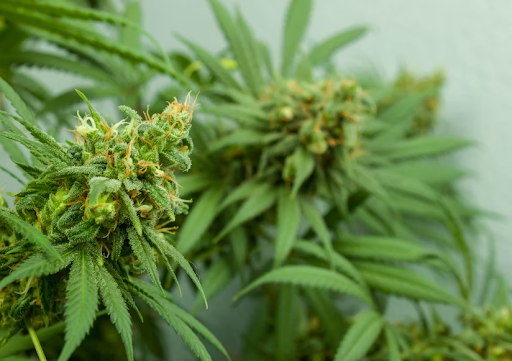 According to Dr. Yosef Glassman, who found references to cannabis in the bible, cannabis was utilized to make tallit, tzitzit, clothing, and the roof of Sukkah. [1]

Despite its biblical use, one of the biggest questions often asked in the Jewish community is if cannabis can be kosher. For years there has been much said about the kosher status of cannabis, with some rabbis approving the use of cannabis for medicinal reasons. However, others only approve of medicinal cannabis use during Passover, and others are wholly against it.

Ultimately, as a plant, can be considered Kosher, but there are caveats to this rule. Usually, cannabis can only be kosher if smoked for medicinal purposes and not consumed. In our article, we will discuss more surrounding cannabis being kosher.

When Was Cannabis Not Considered Kosher

Rabbi Moshe Feinstein forbade cannabis and its derivative hashish in 1973. He made this ruling because he believed that the use of cannabis could have a harmful effect on health. Since the Jewish faith requires its people to maintain their mental and physical health, cannabis use would affect their health and would thus be sinful.

Alongside other reasoning, rabbi Feinstein also stated that cannabis could not be kosher because it contradicted the Torah’s instruction, which says that those of the Jewish faith should not indulge excessively in bodily pleasures. In 2013, another rabbi named Efraim Zalmanovich agreed with this reasoning, stating that taking drugs to escape the world (i.e., cannabis) is most assuredly forbidden.

For years, many in the Jewish community shared the opinions of these rabbis. Still, recently, as cannabis use has become more prevalent in society as a medicine, there have been rabbis allowing cannabis for medicinal use.

Since When Is Cannabis Considered Medically Kosher?

Despite his views on cannabis use for recreational purposes, leading rabbi Zalmanovich ruled in 2013 that cannabis can be kosher if used explicitly for medicinal purposes.

According to Rabbi Menachem Genack, the CEO of OU Kosher, the use of medicinal cannabis that a doctor has recommended shouldn’t be considered “chet” (a sinful act) but instead as a mitzvah.

This is partly because, as Rabbi Moshe Elefant, who is the chief operating officer of the Orthodox Union, says, Jewish law sets aside the kosher status when it comes to medicines. However, there are times when it’s preferable that cannabis as a medicine be certified kosher.

Additionally, in 2016 Rabbi Chaim Kanievsky ruled that the consumption of medicinal cannabis for therapeutical reasons during Passover is permitted.

How Is Cannabis Given Kosher Status?

So how exactly does kosher status apply to cannabis products? Ultimately, there are no animal products involved in the plant’s unaltered form, which is why it’s seen as kosher.

Additionally, even though insects are often in the flower buds because it’s smoked for medicinal reasons, there is no issue surrounding kosher status. Issues arise when people use flower buds or leaves in their foods.

Yet, it’s important to note that processed cannabis products are significantly more complicated. To ensure that medicinal products are approved as kosher, manufacturing facilities are inspected four to six times a year. These inspections are undertaken to ensure they are well maintained and clean and that the various ingredients used are all kosher.

Without this kosher certification, many strict orthodox people would not use cannabis medicines even if prescribed by their doctor.